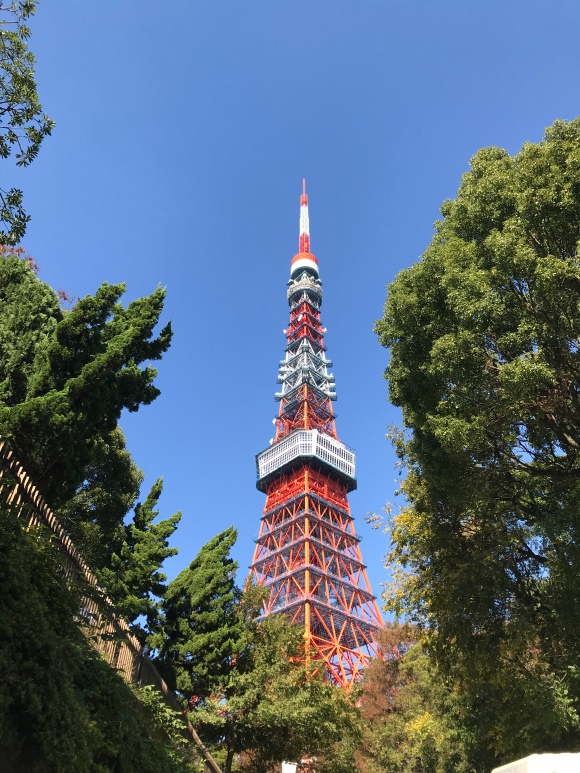 Naoto was all about the touristy things on this trip. It’s good because I can’t come home from Japan having gone to only stationery stores on each trip! I’ve never been to Tokyo Tower and Naoto went when he was a kid, so we added it to our agenda when we returned to Tokyo. We had such beautiful weather during our whole trip…seriously it felt like summer most of the time. We tried to use the warm, clear days to our advantage just in case it rained later in our trip. But it turns out, that wasn’t a problem since it only rained a little bit on our very last day in Japan. 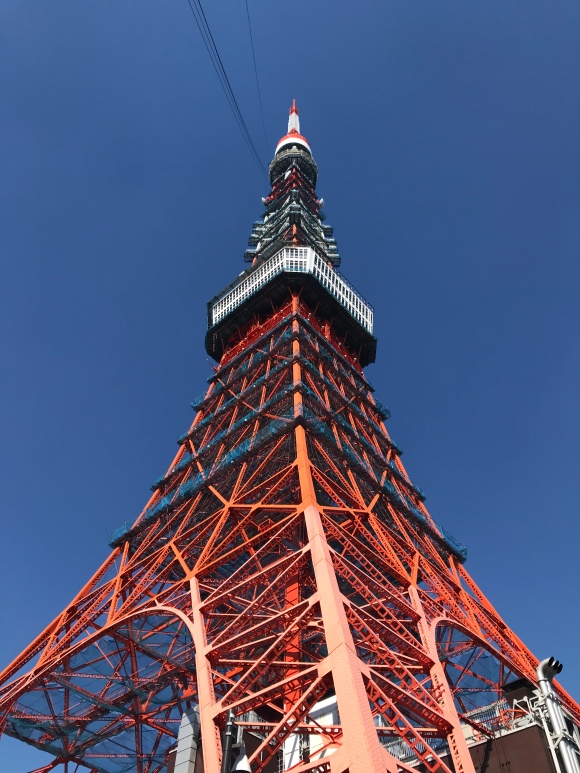 Built in 1958 and painted a striking “International Orange,” Tokyo Tower is the second tallest tower in Japan (and twenty-third worldwide.) At 333 meters tall, it’s only a little over half as tall as Skytree. (But it was the tallest structure in Japan until the Skytree was built in 2012.) Still, about three million people visit Tokyo Tower each year…it’s a classic! 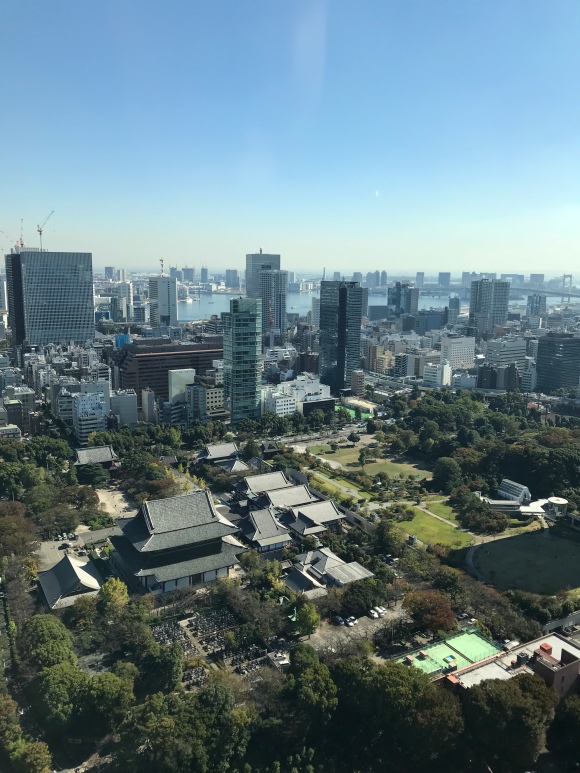 There are two viewing levels for the tower. We totally cheaped out and only paid for the basic level. We figured, we’ve seen the view from Skytree so we didn’t need to pay ¥2800 to go all the way to the top. 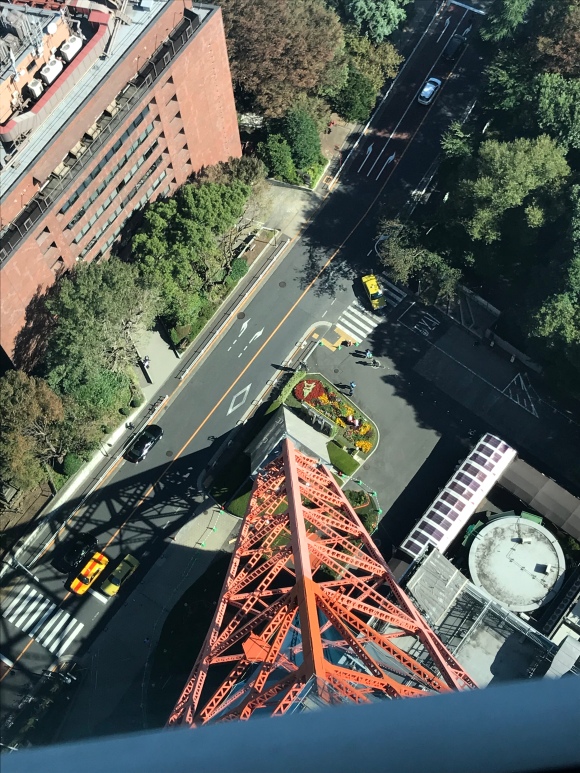 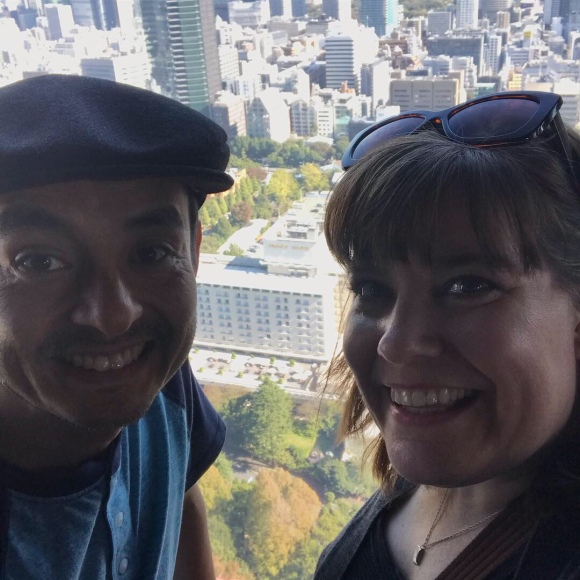 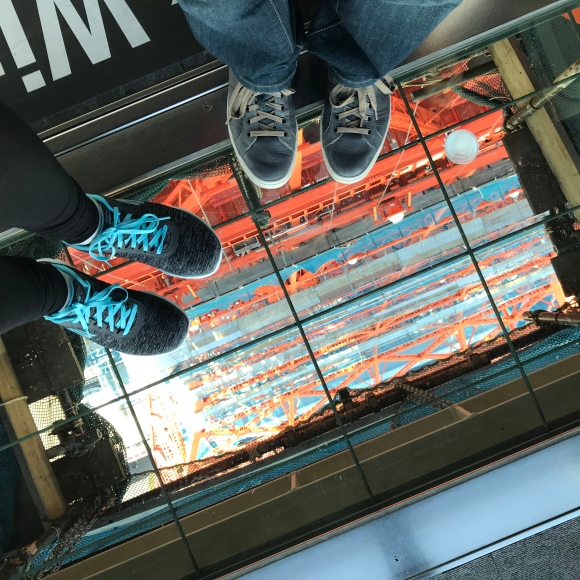 The views were still quite good and we had fun roaming around trying to spot other familiar things in the landscape. It was so hot though–we had to keep stepping away from the sunny windows to cool off a bit! 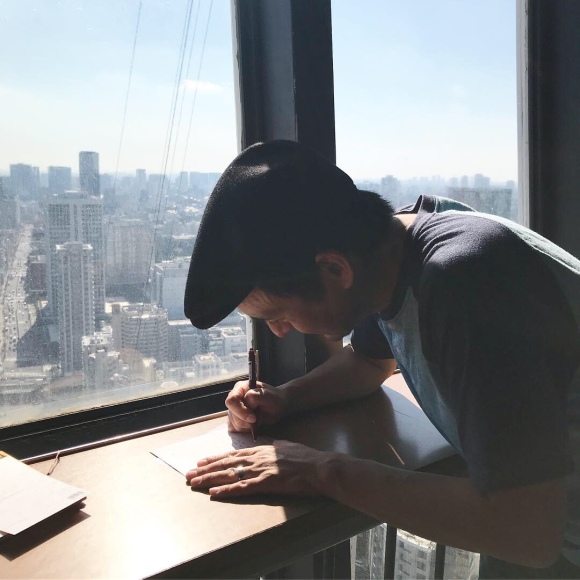 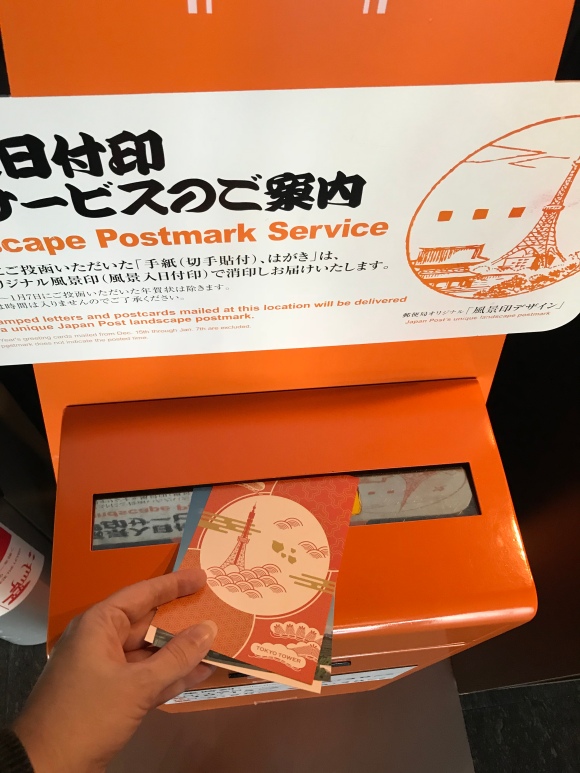 I bought a few postcards to send with the special Tokyo Tower postmark. Naoto and I send ourselves postcards from our travels so he was in charge of sending this one since it was his idea.

I still have a lot more Tokyo to share, but next week, I think I’m going to take a little break to talk about current life, reading, mail, food, Valentine’s Day…in the meantime, have a great weekend!

One thought on “Tokyo Tower”

Things are busy so this account is becoming a Presley fan account...even more so than usual. Hopefully back to mail and stationery and cocktails and other things next week. 😅 #pahifc #catnap
Her little paw on my hip 🥰🥰🥰 #pkahcoffeehour #pahifc
I can’t take the cuteness. #pahifc
You can’t tell by the stamps, but this is a sardine themed mailing. #dadami #feedyourmailbox #letterwritersalliance #lettermo #vintagepostage #lovestamps
#pkahcoffeehour is back. #pahifc
A Mathis cocktail before the virtual speakeasy with @forestparkhistory. 🥃 #forestpark #forestparkhistory #hasegawahappyhour
Loading Comments...
Comment
×
%d bloggers like this: