On Sunday night, Naoto’s actual birthday, we had tickets to the Blackhawks game. The tickets were one of my Christmas gifts but we considered it a bit of a birthday treat for Naoto to attend his first game on his big 4-0.

The only problem was…it had been snowing pretty much non-stop since Friday and the temperatures were going to drop to sub-zero levels that night. I didn’t want to drive to the game because of the snow. Taking the L was our only real option…so we bundled up and carefully but quickly made our way through the snow. We live a short four blocks from the station and my cheeks and nose were numb by the time we got there. Brrrr! (The picture above was our snowy view from the train platform.) The whole train ride, I kept dreading the seven block walk from the L to the United Center…neither Naoto nor I knew what to expect. In spite of the unplowed sidewalks, the arctic temperatures and the shady characters offering us parking spaces for the game (Did we look like we had a car???) we made it safely to the UC with all of our fingers and toes (and our wallets and cell phones). 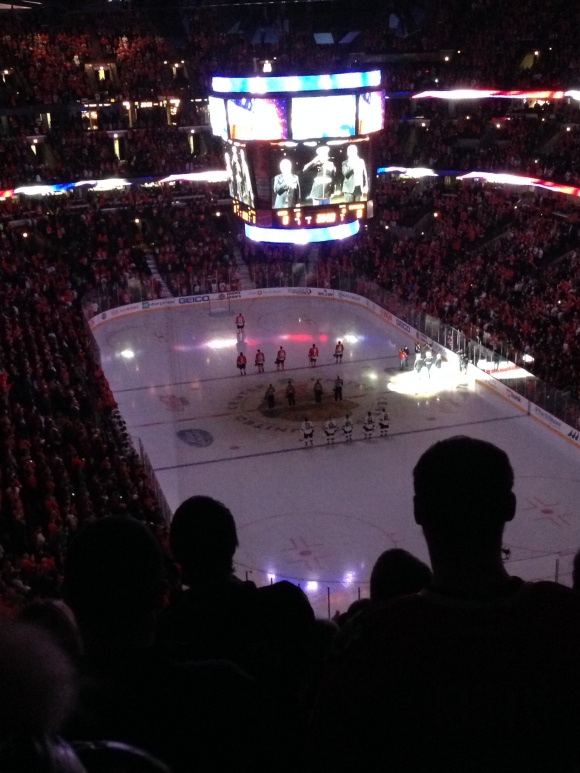 We got there early enough to enjoy some tasty tacos and a drink before the game. One of the best parts about seeing the Blackhawks live is hearing Jim Cornelison sing the national anthem in person…he’s amazing on TV but hearing it live with the rest of the crowd cheering was spine-tingling!

Sadly, the Hawks lost…but they scored twice so we got to hear the beautiful sound of the horn twice…that’s all we could ask for (though it was quite depressing to brave all that cold and snow and not leave with a win.) In case you want to hear the goal horn and song combo:

But Naoto enjoyed his first game and his first time at the UC. And, we were very grateful that Naoto’s colleague offered us a ride home. (He was at the game, too!) I do believe that it’s because of Matt that we still have all of our fingers, toes and noses in tact…by the time we left the game, the temperatures had dropped significantly and they reached twenty below that night (and that’s without the wind chill!) 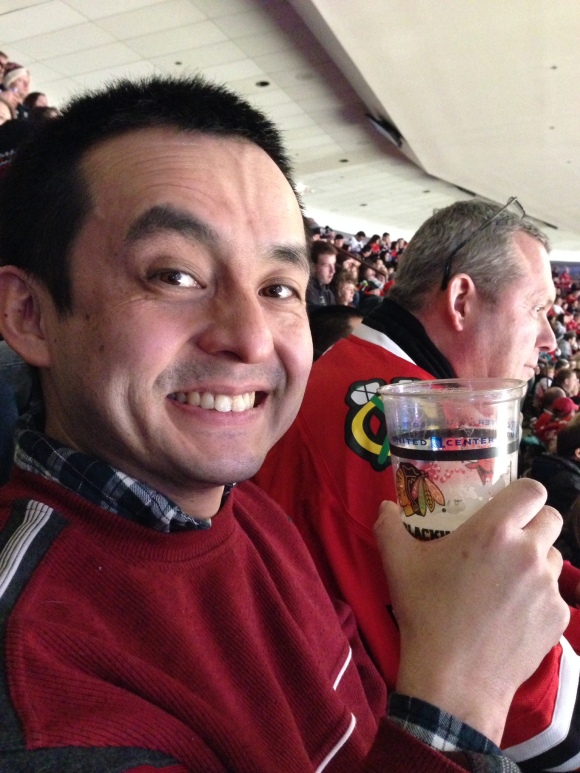 Thanks for a fun Christmas gift, Naoto. xo