On Saturday night we went to see Chris & Heather’s Everything BUT Country Calendar Show at FitzGeralds. Apparently the event is held every year and I’m mad I haven’t gone sooner–it was so much fun! The concert was built around Heather McAdams’s hand drawn calendar of twelve different musical acts, in this case, all kinds of music except country. Different local musicians covered songs for each act in the calendar and then they showed an old 16mm film of the original musicians.

Hosts Chris and Heather (shown above) were funny and smart. Their enthusiasm for the artists and songs was contagious. We went specifically to see our coworker Sharon Rutledge and her husband Scott Ligon play John Sebastian. (They are pictured at the top.) They were amazing! They sang “Didn’t Want to Have to Do It” and it was beautiful and melancholy and -sigh- just lovely. And then they followed the sadness up with “You Didn’t Have To Be So Nice” and they cheered us all up. 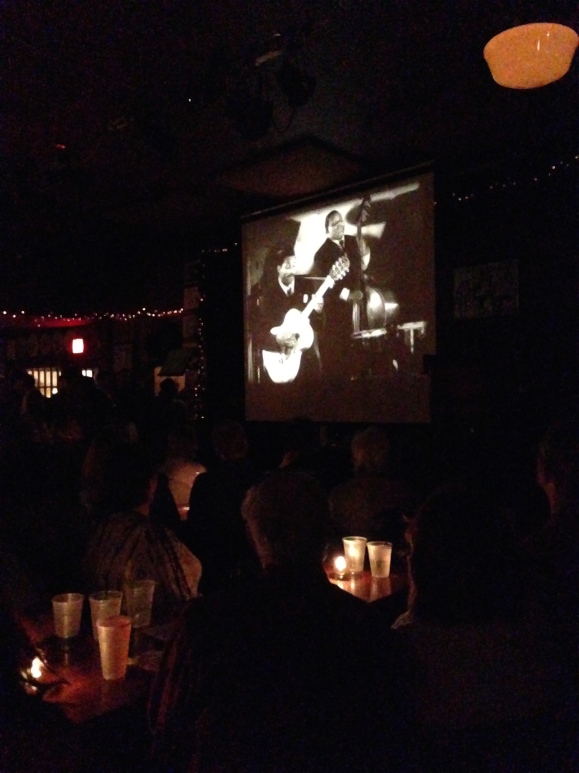 One hilarious moment was when Robbie and Donna Fulks covered The Carpenters Top of the World and “Grover” sang the chorus.

One of my favorite songs from the night was The Modern Sounds singing Slim Gaillard’s “Potato Chips.” I had to include a clip above because the song is just plain fun. (And I swear it caused our post-concert french fry run to Sub-T.) 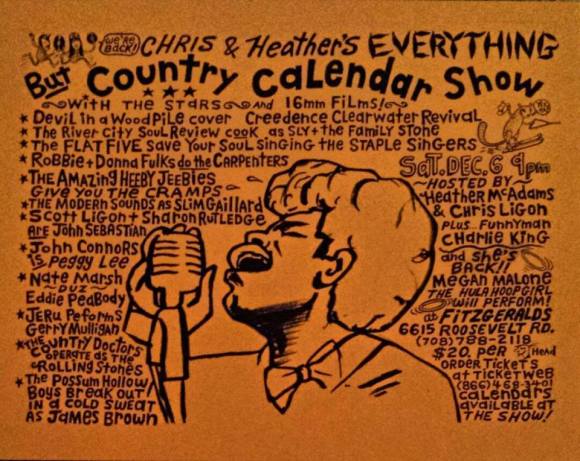 I’m so glad we went and I’m already hopeful that we can attend next year. Yay for live music and for friends with talent!

P.S. If you find yourself craving a classic cocktail, head to the SideBar where the bartenders know how to make a well-crafted cocktail with all of the right ingredients. I had a Martinez and a 20th Century that knocked my socks off!

2 thoughts on “Chris & Heather’s Everything BUT Country Calendar Show”