This was the scene on Sunday night when Naoto and I went to buy the tree. We decided to branch out (hehe) and try other tree variety this year. We’ve had a White Pine for the past two years (2012 and 2013) and this year I wanted to change things up with a Balsam Fir.

So, it was after 6:30 and dark, but we thought there was enough light in the parking lot to choose a tree. After checking out a few, we chose a lovely Balsam, had it wrapped up and drove it home (using our back-seat method as shown above.) We got it into our apartment and cut it open and…I noticed a patch of brown. Not like a tiny bit of brown needles that were falling off, but a chunk of brown needles that faded into green, like the tree had been damaged by the weather or something. I shrugged it off thinking we could put that part towards the window and no one would ever know. But then I noticed that brown spots were occurring all over the tree. The tree could only be described as mottled at that point.

Now, I am not a perfectionist when it comes to the holidays. We’ve had holey trees, crooked trees, dry trees…pretty much every year we buy an imperfectly lovely tree. But, brown? I couldn’t do it. So I said the words my poor husband was dreading, “We have to take it back.” We loaded the tree back into the car and drove back to Menards, which was closing in the next ten minutes.

We returned the tree, and in spite of the “tree guy” offering to open the lot back up and let us choose our replacement, we decided to wait until daylight to choose another one. (Even with the flashlight on my phone, it was hard to see the brown spots on the tree. We didn’t want to risk having to return another one.)

I went back alone on Tuesday afternoon to choose another tree. Several of the Balsams we opened had the same brown damage as our first tree. So, I moved onto the Fraser Firs, which look similar to the Balsam but have a silvery tone to the underside of the needles. Between the tree guy, another customer and I, we found a good one…straight and tall with no noticeable browning. (It’s pictured on the trunk trimming table above.) 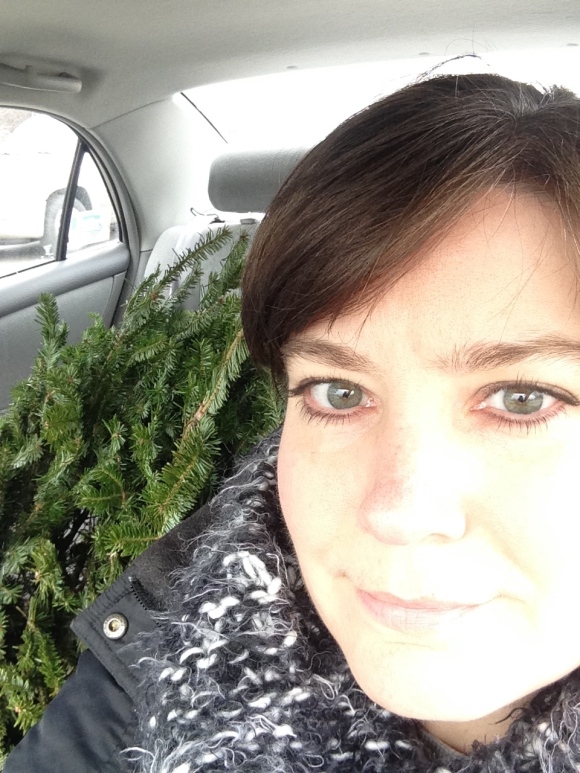 The tree guy–after much skepticism–loaded it into my backseat and I drove it home (after taking pictures in the parking lot!) 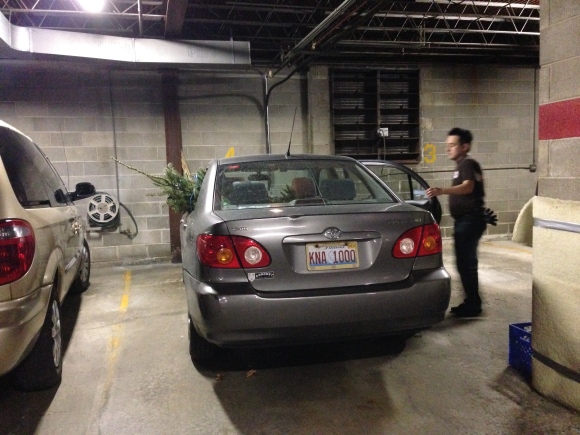 The tree stayed in the backseat of the car in the garage until Naoto got home that night (after midnight!) I could have carried it up by myself, but I could never have put it in the tree stand alone, so I figured leaving it in the car was better for the tree as opposed to leaning it in our entryway all day. (Also there were a bunch of judgey ladies in the laundry room and I didn’t want to have to deal with explaining how I would of course come back down to sweep up my pine needles…sigh, the costs of living in a condo.)

Here it is all watered and ready.

I (unevenly) added lights last night and I’m hanging the ornaments today. And then, our apartment is officially ready for Christmas!

So great to see these wonderful humans again. 🥰 #monshizegawareunion
Today’s huuuuge strawberry harvest. 🤣🍓 #forestparkgrows #homegrown #circlegarden #urbangarden #strawberries
The last place we ate (just the two of us) before the pandemic was @chicago.ramen. It’s good to be back. #naoberlynoodletour #chicagoramen
Presley was very excited to see @testpatern last night, and to get a manicure so she doesn’t get stuck on the blinds again. 🤣 #pahifc #testpaterninchicago
First homegrown tomato of 2021! And the new house! It’s a huuuuge Brandywine and I can’t wait to eat it on some white bread with mayonnaise and salt. 🍅 #forestparkgrows #circlegarden #urbangarden #homegrown #tomatoseason
Presley woke up at 4 and came to bed to watch badminton with me. She’s a big fan of the birdie. #pahifc #olympics2020 #badminton #shuttlecock
Loading Comments...
%d bloggers like this: