Naoto surprised me with one of the best gifts ever for my birthday last month: an Olivetti Valentine. If you don’t know, the Valentine is one of a few holy grails for typewriter collectors. It was originally designed to be an inexpensive portable typewriter, but became a classic among design lovers. There’s even one displayed at the Museum of Modern Art in New York. This page has some fun information and old Olivetti Valentine advertisements.

I was shocked because I don’t really remember dwelling on wanting one. I think I mentioned it in passing once when we saw one in a store window in Japan and that it is a coveted design item featured at the MOMA. But he remembered and managed to find one and have it shipped safely to him with a week to spare. I was genuinely shocked, which is rare because he has a very hard time keeping a secret and I never thought he would buy a typewriter. This Olivetti was made for Spain so it has some Spanish characters, like ñ and ¿. 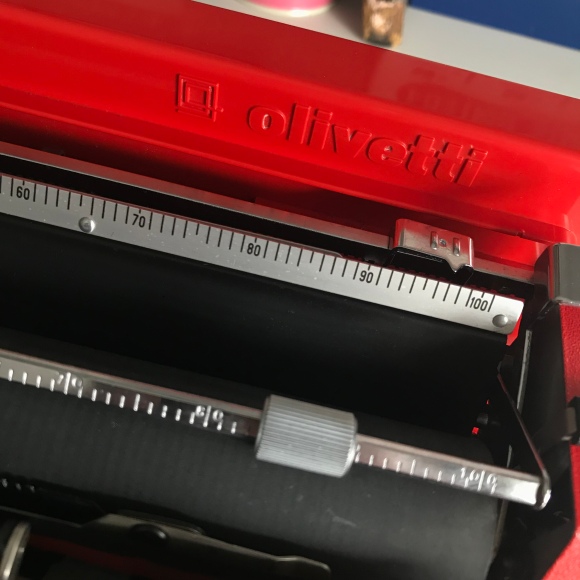 As much as I want to leave it out to admire it, I know dust is a typewriter’s kryptonite so I’m keeping it in its case and vowing to put it away after each use. Oh and I’m only using this typewriter for letter writing and other fun things–I won’t be using it for Galaxie Safari. I want to use it, but not put it through the card-making abuse that my Smith-Corona and Royal are put through.

Its case is a hard red plastic that snaps into the machine. Apparently it’s designed to be a wastebasket when you take it off to use the typewriter. Every detail was considered! 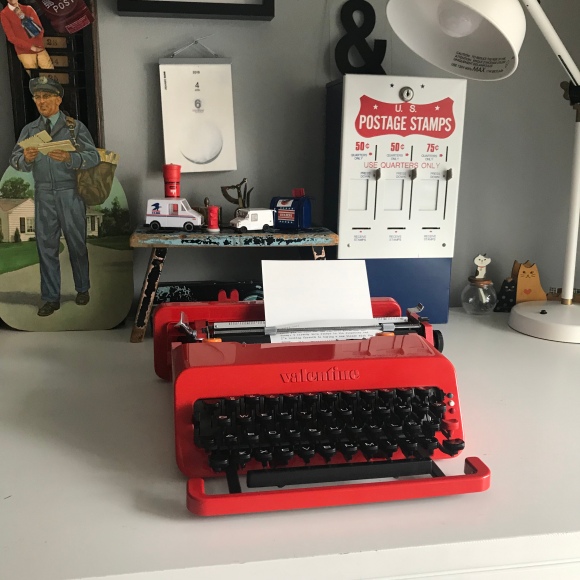 So far I’ve written a few letters on it using my personalized stationery from last year’s birthday. I’ll leave you with this fabulous 1970s advertisement for the Olivetti.