On Saturday night, Naoto and I cashed in our silent auction winnings from the Forest Park Community Garden fundraiser. We hosted a Whiskey Chat and invited friends over to hear Nick speak about the history of whiskey, the different whiskies, the process of making whiskey. While Nick was talking, we enjoyed sampling different whiskeys and eating tasty snacks.

We had everyone bring a bottle of whiskey so we could have a little variety to sample and Nick (a whiskey aficionado) brought his entire collection with him so we could sample a wider variety…isn’t that incredible? (That’s his collection up there on my china cabinet…plus he brought a ton of tiny “airplane bottles” of mainstream whiskeys and weird flavored whiskeys like Jack Daniels Tennessee Honey–ick). Naoto was really excited to see that Nick had a Japanese whisky in his collection. They spent some time comparing his to our bottle…both bottles tasted pretty peaty to me! 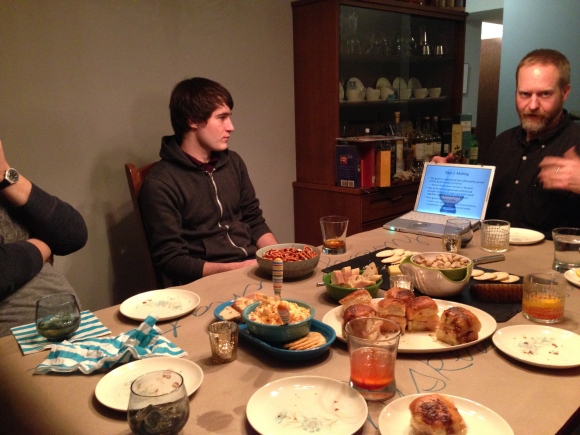 Nick had a powerpoint and handouts so it felt very formal and informative but fun and casual at the same time. It was a small enough group that we were all able to sit around our dining room table.

In addition to the obligatory pistachios and cheese array, we made “funeral buns“. I found the recipe on Pinterest and they sounded just decadent enough to go with whiskey…a hearty and buttery bite. We substituted turkey for ham and they were delicious! They will be the next party staple. 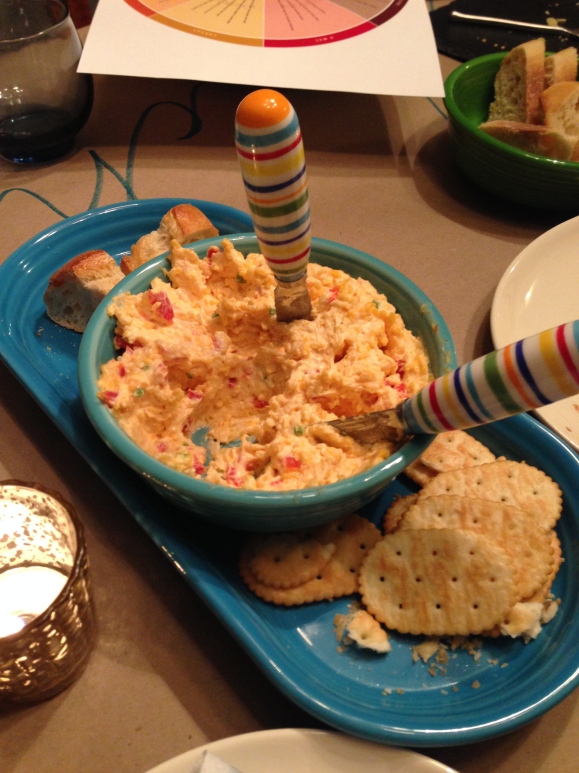 Our friend Karen made pimento cheese spread–another future party staple. In our research of things to serve with whiskey, pimento cheese came up…and I’m so glad it did!

In the kitchen, we had a little “bar” set up with ingredients for Old Fashioneds and Manhattans. I typed up the recipes on little cards so people could help themselves. I think most people ended up drinking the whiskeys straight, but a few of us enjoyed the classic cocktails.

Oh, what a night!

Old Overholt (a $15 rye, recommended by Kathy, that has been my Manhattan staple lately)

Don’t forget to brush your molars! #pahifc #dentistcat
Things are busy so this account is becoming a Presley fan account...even more so than usual. Hopefully back to mail and stationery and cocktails and other things next week. 😅 #pahifc #catnap
Her little paw on my hip 🥰🥰🥰 #pkahcoffeehour #pahifc
I can’t take the cuteness. #pahifc
You can’t tell by the stamps, but this is a sardine themed mailing. #dadami #feedyourmailbox #letterwritersalliance #lettermo #vintagepostage #lovestamps
#pkahcoffeehour is back. #pahifc
Loading Comments...
Comment
×
%d bloggers like this: