2 Comments
By kimberly ah Japan Does It Better 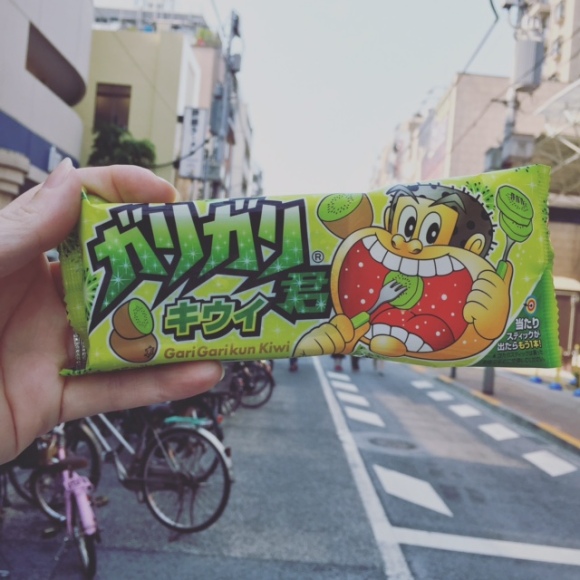 I do love a good Bomb Pop in the summer. Three distinct tasty flavors, the creamy consistency (only the Original Bomb Pop. Accept no imposters!)…a perfect summer treat. But, my love for the Bomb Pop has been eclipsed since I was introduced to Japan’s favorite popscicle, the GariGarikun. Naoto brought a box of original ramune flavor GariGarikun pops home from Mitsuwa last summer and I fell in love.

On the outside, they look like regular ice pops, but once you bite into one, you see that the “regular” ice pop part is just a shell holding tiny slushie-like ice crystals on the inside. They are so tasty and so fun to eat! 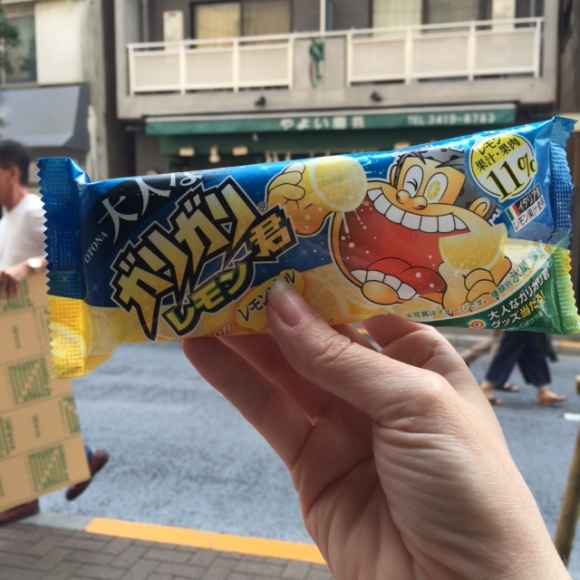 On our first night in Japan, we got to our hotel after 10PM and I was exhausted. But Naoto went downstairs to Lawson’s conbini (convenience store) and got himself a beer and brought me a Sicilian Lemon GariGarikun. I had no idea there were special and limited flavors of the treat so I was super-excited to try it. Sooooo tart and lemony!! I slept well after that midnight snack and the next day, I started my mission to pop into every conbini to check their supply of GariGarikun to see what other flavors I could try. (Doesn’t traveling with me sound like fun?!)

So I tried lychee… 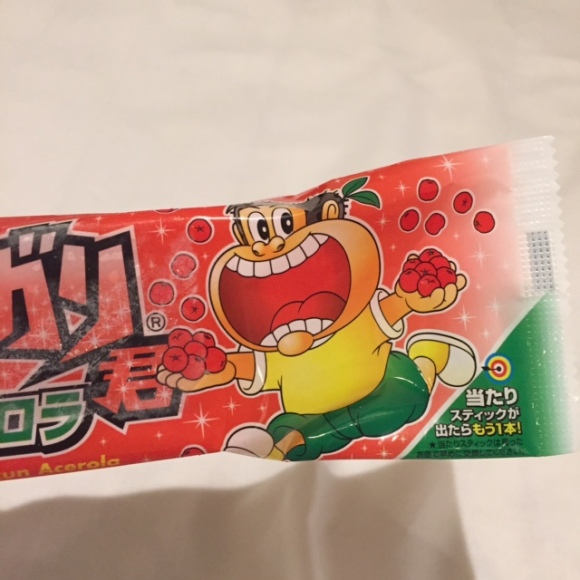 …and acerola, which is like a cherry, but somehow more delicious. 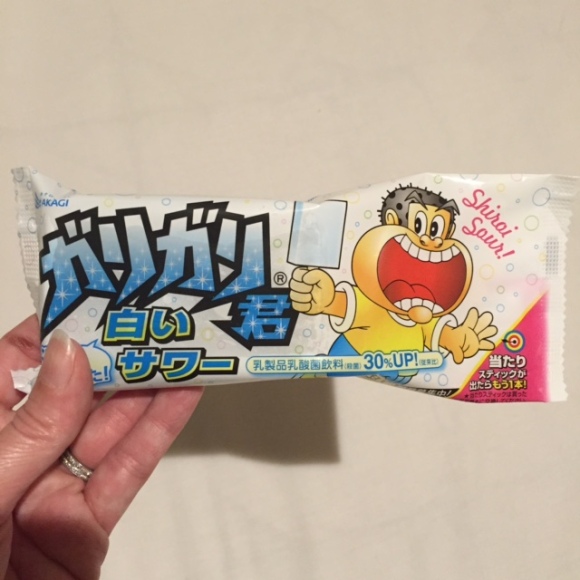 I tried Shiroi Sour, which is like Calpico, a Japanese soft drink.

And, pictured at the top, I also tried kiwi. I can’t tell you which one was the best because I loved each and every one at the moment I was eating it. They were all really refreshing, not too sweet, and packed with flavor.

Recently the makers of GariGarikun increased the price from ¥60 to ¥70 (~ $0.54 to $0.63). It’s the first price increase for the frozen treat in twenty-five years and also the second reason the GariGarikun is a JDIB. Where in the US can you find a summer treat at a convenience store for sixty-three cents??!! But even better, the company made a commercial apologizing for the unfortunate price increase. Can you imagine? (If you want to read more about this, go here.) You can (hopefully) watch the commercial below to see the sincerity in the apology. Oh Japan…you’re the best.

And GariGarikun, a summer treat where Japan Does It Better!

2 thoughts on “Japan Does It Better 24: Gari Gari Kun”