I’ve had a phrase stuck in my head for awhile now that I’ve been wanting to write in Japanese calligraphy. The trouble is, I don’t know how to write Japanese characters and Naoto–my live-in teacher–works all the time. So when he came home from work unexpectedly early last Thursday afternoon, I jumped at the chance to break out my calligraphy supplies. Naoto was really excited. (Not really, but he was a good sport…and in the end, I think he had a good time, too.) 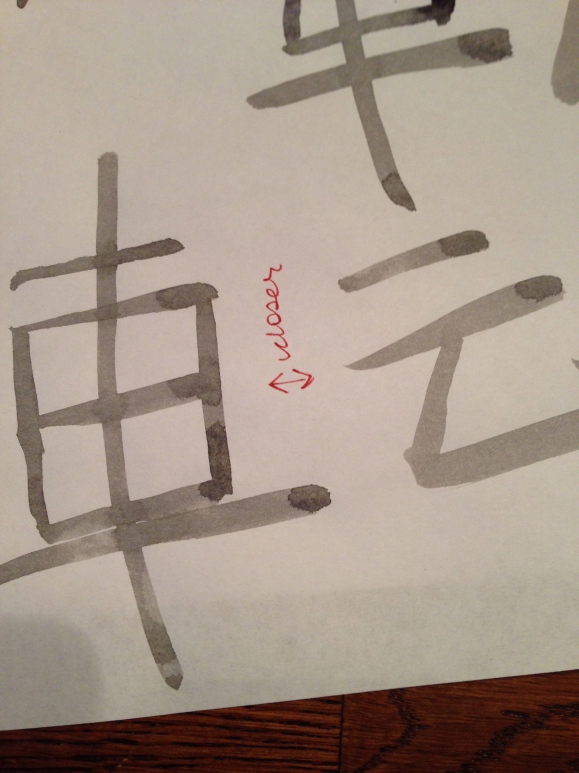 Naoto gave me tips on making my characters look better and left me with a good reference to work from. Over the weekend, I put away the brushes and inks and instead practiced with markers. I need to focus on confidently forming the characters so that eventually I will be able to focus on controlling the brush strokes. It’s a lot harder than it looks! Naoto makes it look so easy–it’s not!!

Even though my characters were far from perfect, Naoto wrote encouraging messages on my work and we have another lesson planned soon.

Tomorrow, I’ll share a little bit about our calligraphy supplies. Most of them are handed down from Naoto’s mom whose sister was a calligraphy teacher.