Leave a comment
By kimberly ah adventures, Those Were the Days

During our country drive, my dad and I stopped at the Old Salem Cemetery. Old Salem, the third oldest cemetery in Marshall County, is a small country cemetery northwest of my hometown. It’s tucked back at the end of a long dirt driveway, kind of the ultimate resting place. My great aunt and uncle are buried there.

When I was in grade school, there were rumors of eccentric high schoolers going to Old Salem to perform séances among the turn of the century graves. And stories about ghosts and odd occurrences have swirled around Old Salem for as long as I remember. 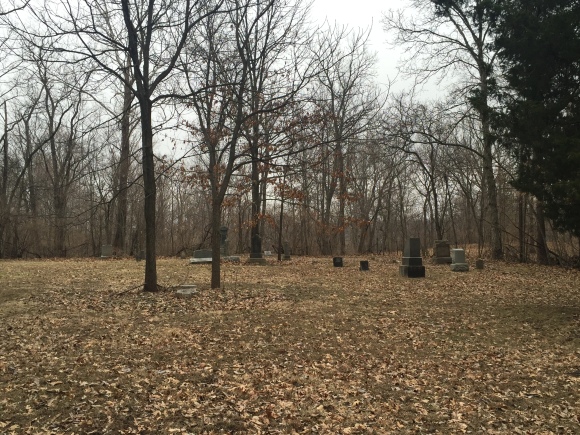 Most of the graves are from the 1800s, sparsely placed on the land among big old trees. It’s all framed on three sides by unruly forests. It’s easy to spook yourself into thinking you see movement in the trees, or shadowy figures watching you from the woods.

Supposedly, a young girl who died in a fire is buried at Old Salem. If you try to light a match near her grave, it will go out. I’ve never looked hard enough to find the grave and test the theory. 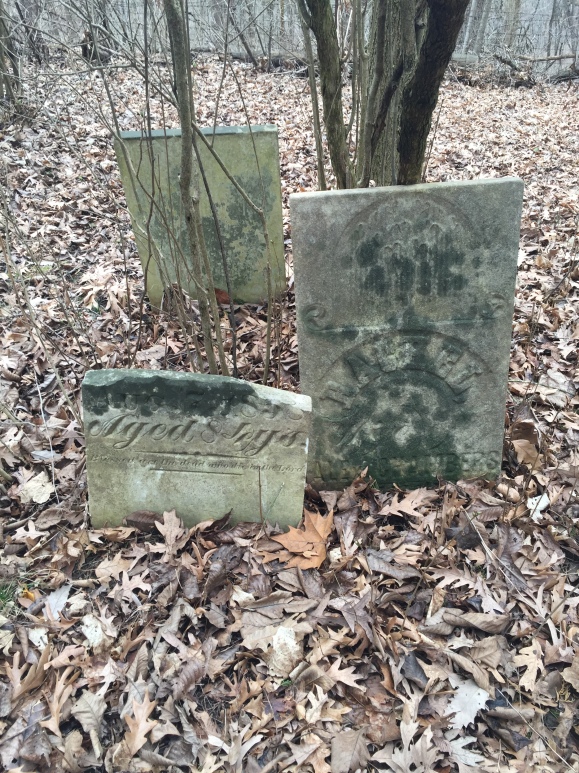 Ghosthunters also report going back to their cars after visiting the cemetery and having trouble starting the engine. 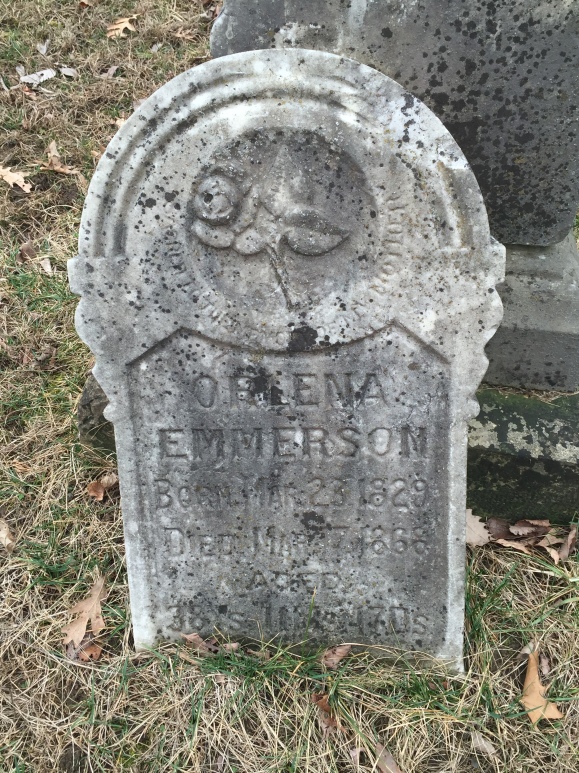 It is eerily quiet there. The silence coupled with the graves from the 1800s does make it a perfect place for ghost stories. But my dad and I didn’t experience any paranormal activity. 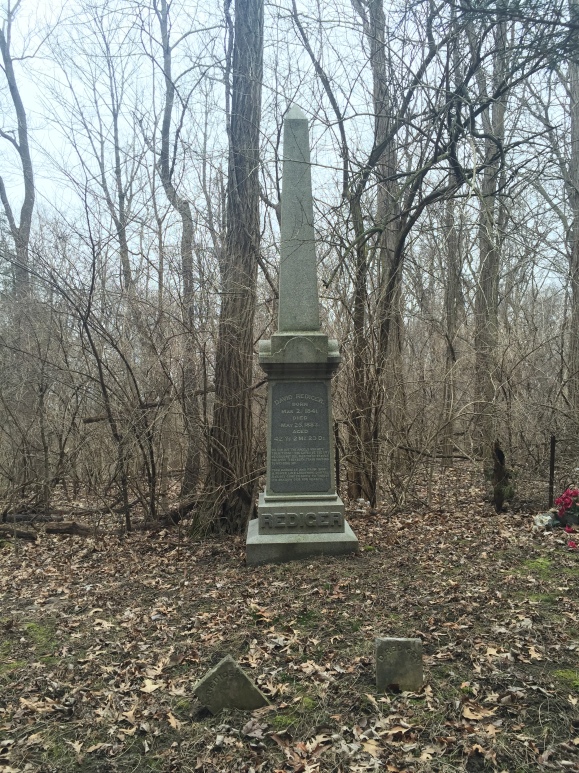 Many of the graves have sunk into the earth or have sadly been damaged by vandals. (There were a bunch of beer bottles in the garbage can outside the gates, so it must still be a popular place for teenage partying.) Many of the graves are so old that the writing has been worn away.

I wonder…is Adeline still alive or did she get buried next to her second husband? 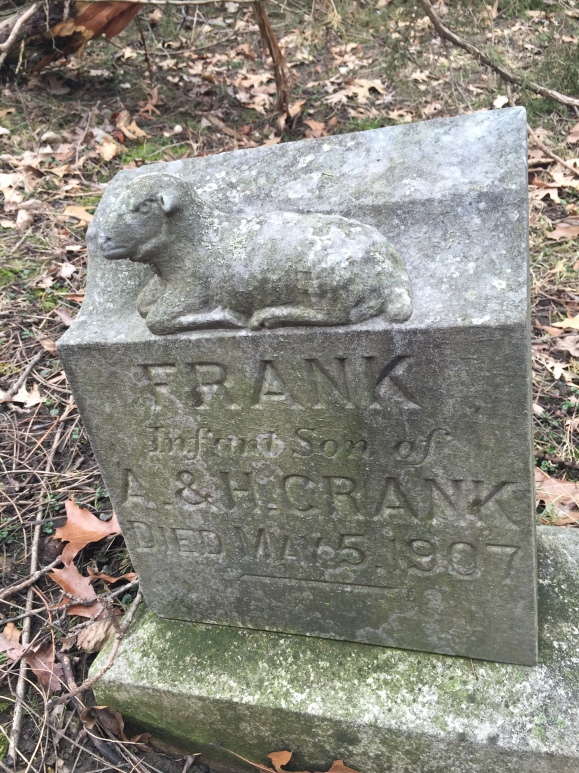 A sign of the times, there were a lot of children’s graves and family graves listing young children. (The lamb looks angry about this situation.)

Sadly, the grounds aren’t cared for as much as they could be. There were a lot of branches down throughout the cemetery and the fence is falling apart. But it is still an active cemetery. The shiny new stones really stand out among the old ones here.

When we went to leave, my old car started right away (Can you be both disappointed and grateful?) and we managed to make it back to the paved road without getting stuck in the mud. Whew!