Vanilla Steamers, Cozy in a Cup 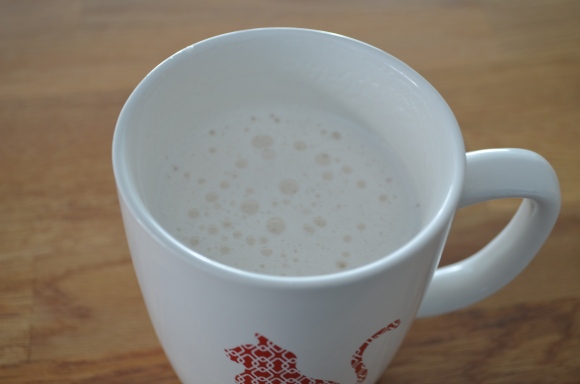 I make it a rule to never complain about snow until March. I mean, it’s only fair…winter begins in December and ends in March. It’s only sensible to expect it to snow once or twice (or a million times) in those months. Naoto and I are lucky that we can walk just about anywhere to get what we need. I’m sure if we were forced to drive on slick and snowy streets, I would feel a little bit more resentful of the weather…but for now, I’m accepting of the fact that I live in the Midwest and we get the best and worst of the four seasons.

But this winter, with its polar vortex, arctic blasts, constant snow and ice…is testing my patience. Today it is -5°F with a possible -40°F wind chill. There are wind chill warnings until Wednesday when it will warm up to a balmy 17°F. And, for the third time this year, Naoto is working from home because it’s too cold for his commute to work. Being outside for a mere ten minutes can be dangerous, so his company decided everyone should work from home just to be safe. (Most people commute by train, so walking to and from the stations and waiting for trains can be quite miserable.)

I haven’t left the apartment since Sunday afternoon…we bought a ton of groceries and prepared to hunker down at home. But last night, I was feeling a little bit stir crazy. And then I got a serious craving for a vanilla steamer. Starbucks is only two blocks away, but I thought it was rather silly to risk the tip of my nose for a drink. Plus, the steamer wouldn’t be steamy for long in sub-zero temperatures. And then I remembered that someone had given me a recipe for steamers at home…and we happened to have all of the ingredients on hand. It was meant to be. 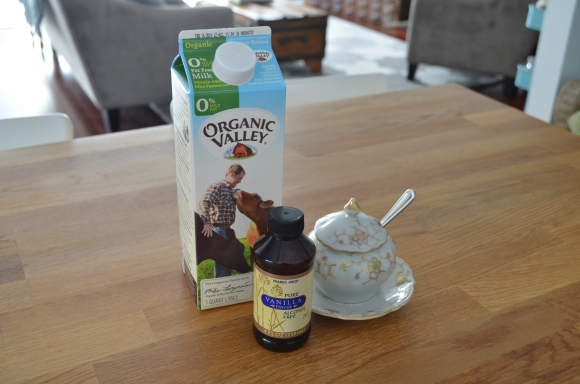 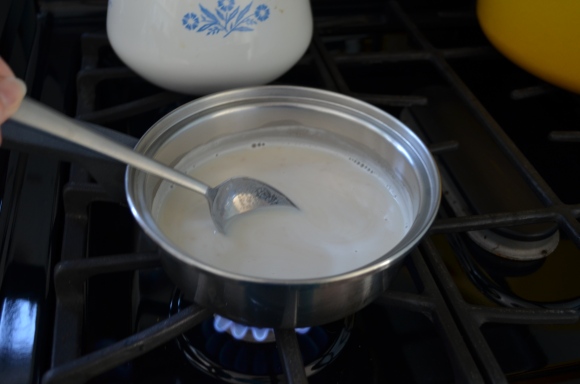 Warm milk, sugar and vanilla over medium/low heat in a saucepan. Stir until sugar is dissolved and the milk is hot but not boiling.

Pour into a mug. You could go ahead and drink it now, but part of the fun of a steamer is the frothy milk.

We have this handy, inexpensive milk frother and it froths the milk perfectly. If you don’t have a frother, the internet says you can use a blender (immersion or regular) to get the same effect, but I’ve never tried it.

Steamers are perfect winter night treats, especially when you’ve hit your caffeine limit for the day. (I’ve been drinking so much coffee and tea lately just to stay warm that I was beginning to think heart palpitations are my normal heart rate…)

Stay warm this week, everyone!

4 thoughts on “Vanilla Steamers, Cozy in a Cup”