Fifteen Minutes in a Cat Cafe 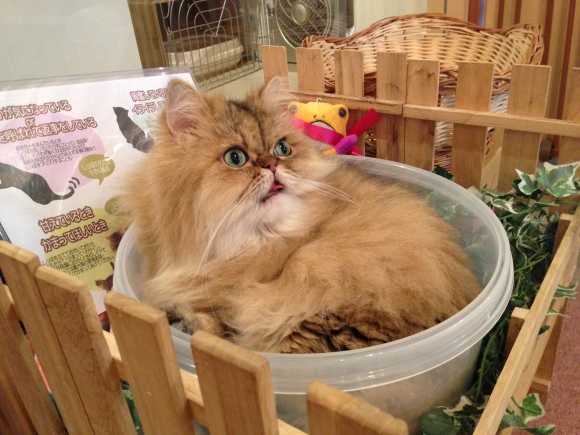 Let me tell you about the time Naoto & I spent 300 yen each to play with a stranger’s cats.

It all happened by accident. I hadn’t planned on going to a cat cafe–yes, a cat cafe…where you pay a cover charge to enter and play with cats, not to eat them, thankfully. But one morning, while we were exploring Shimokitazawa and waiting for the stores and restaurants to open, we happened upon Cateriam. We decided it would be a funny thing to do, and it turns out, it was the best part of that day!

Our three hundred yen allowed us fifteen minutes to play with, pet, and take pictures of the variety of cats. There were about a dozen or so cats in a large room with a couch, chairs, cat towers and other furniture for the humans and the cats. There were tons of toys to promote play and interaction with the cats, too. There was another customer in the cafe who appeared to be a regular. She stayed a lot longer than we did. There was a small menu with drink and snack options and a gift shop, too!

The cats had access to a little room where they could escape human contact and take a nap or eat, so they weren’t trapped socializing the whole time. All of the cats were really friendly (Presley could never be a cat cafe cat!) Some were hiding out, and others were more playful and social. They each had a name and you could tell that the cat cafe owner, Shigemori-san really cared about each one and knew their personalities well. 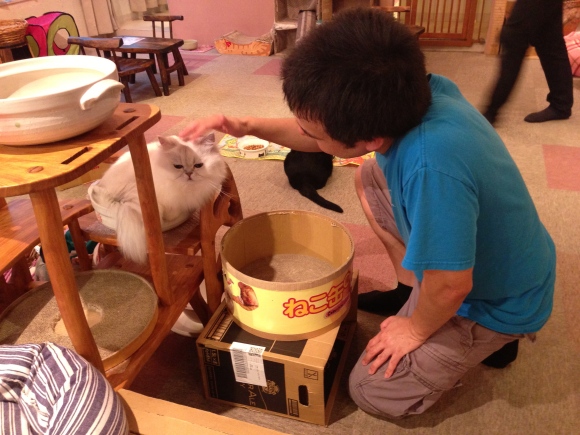 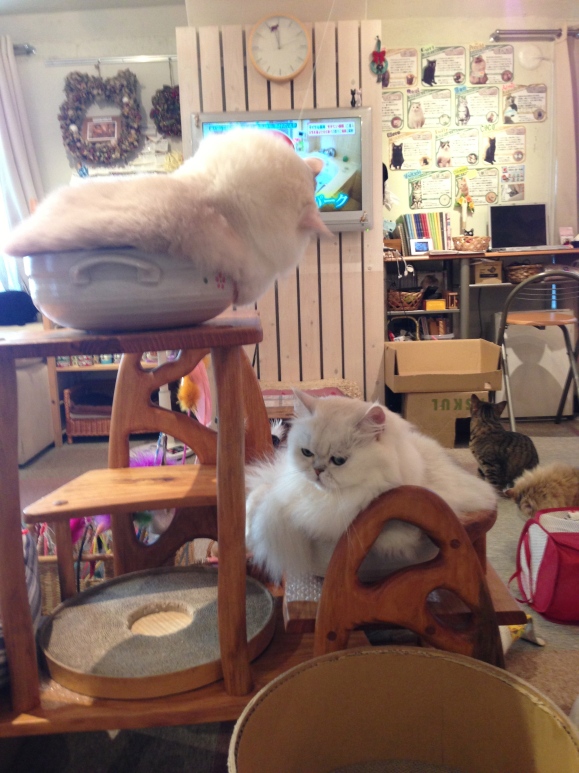 This cat was a big ol’ ragdoll and just flopped into my arms when Shigemori-san handed him to me. 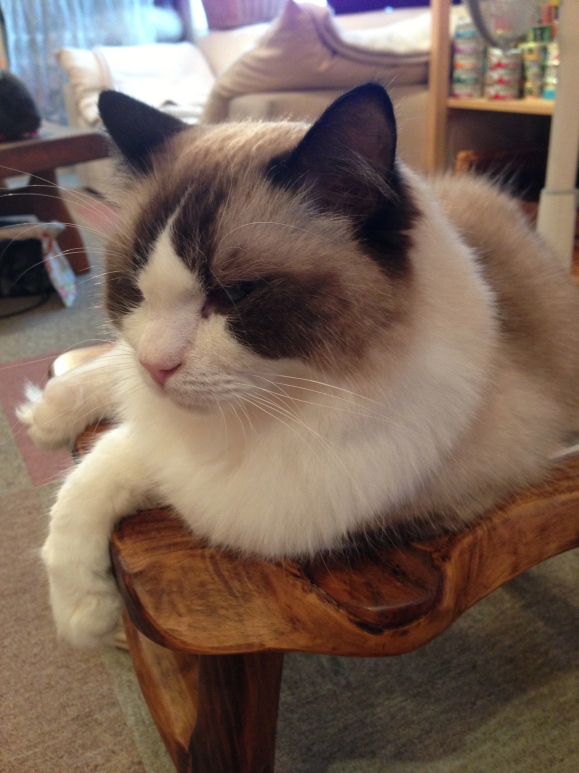 I played with this furry one, but he wouldn’t give the ball back.

During our visit, the owner told us to go into the bathroom to see something “interesting”. The cats were helping themselves to some water! I took a little video of this guy lapping it up.

Although the visit made us miss little Presley even more, we both enjoyed our cat fix and experiencing something that seemed very “Japan”. Thumbs up for the cat cafe!

8 thoughts on “Fifteen Minutes in a Cat Cafe”